Things to Do in Ilia - Sights & Attractions

Greece is one of the few countries in the world that has such a vast selection of ancient and archaeological sites that attract visitors in their thousands each year. The region of the Peloponnese is no different to the rest of Greece in this sense, and you will find a huge choice of interesting places to visit and sites to see. In Ilia, there are several fantastic sites that all visitors to the region should try and visit. Below you will find information about a few of the sites and places of interest here in Ilia that should not be missed. 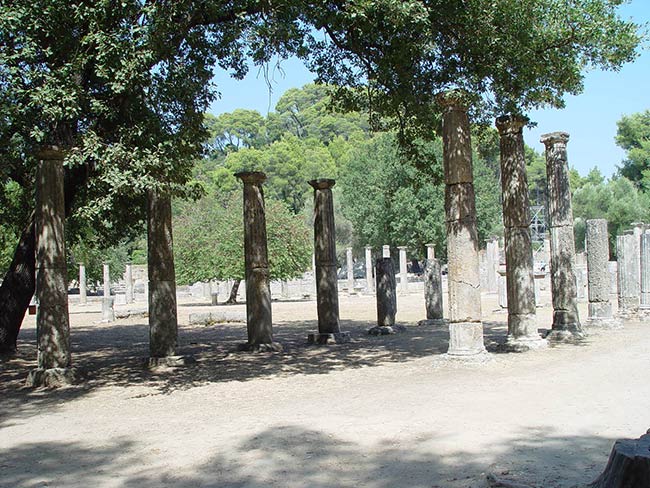 The archaeological site of Ancient Olympia is one of the most popular sites to visit in the Peloponnese. Birthplace to the Olympic Games, and the home of the Olympic Flame, Olympia is a site that every visitor to Ilia should make a visit to.

Comprising of the ancient site, the stadium and the Olympia museum, there is so much to see and admire here, that visitors should give themselves at least half a day to truly begin to explore and experience ancient Olympia.

The excavation of the main archaeological site of Olympia began in 1829 with a French expedition. Archaeologists from Germany then continued the work in the 19th century.

As well as uncovering the foundations for many of the ancient buildings and temples that stood so proud here, other impressive artifacts and pieces of history were found, such as the "Hermes of Praxiteles" statue which was virtually found intact. The original stadium were the events were held during the times of the ancient Olympic Games was excavated in the 20th century.

At the start of each of the modern Olympic Games, the he Olympic flame is lit by reflection of sunlight caught in a parabolic mirror at the restored Olympia stadium. It is then transported by a torch to the venue where the games will be held.

During the 2004 Athens Olympic Games, the stadium was used for the first time since ancient times for an Olympic event. The men's and women's shotput competition was held here.

The whole region of Olympia is one filled with immense history and beauty, and it is not difficult to imagine the atmosphere of the ancient games all those many years ago. With the museum exhibiting a selection of findings from the area, Olympia truly is one of the most interesting and educational sites you will find in Ilia and the Peloponnese. 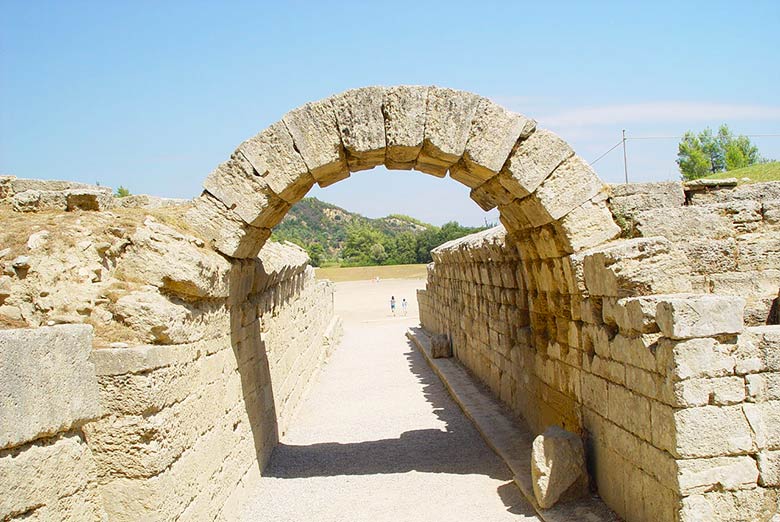 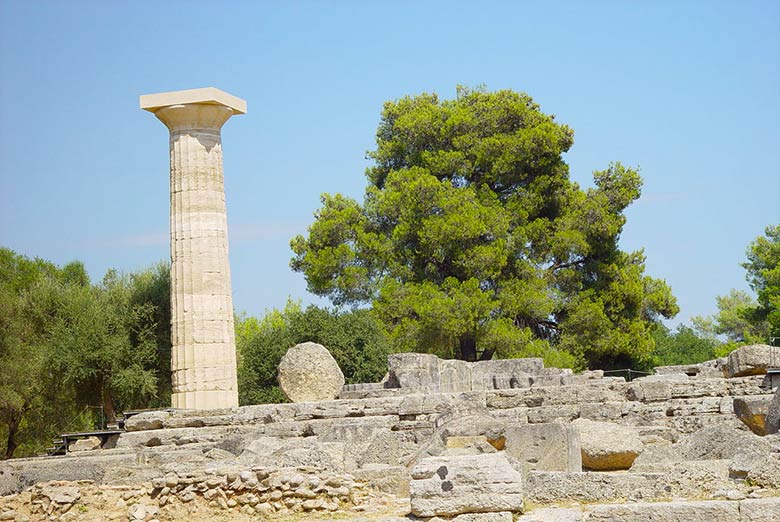 THE TEMPLE OF EPIKOURIOS APOLLON 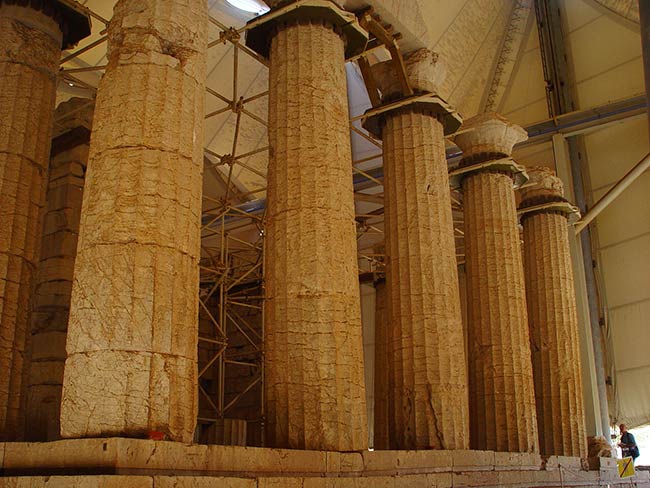 The temple of Epikourios Apollo, located in the town of Nea Figali, is one of the most best preseved ancient temples to be found anywhere in Greece.

This magnificent temple was created in approximately 420BC. It was built by the famous architectect Iktinos, who also built the stunning Parthenon temple that sits on the Acropolis of Athens.

After Iktinos completed the Parthenon temple, he was exiled by the Athenians, and sent to Figali. The reason for this was that the Athenians did not want him building another temple that would rival that of the Parthenon.

Secretely however, Iktinos began the construction of the temple. The temple was built in the Doric style, similar to that of the Parthenon, but elements of the Corinthian style were also incorporated into the design.

This was the first time in Greece that such as blending of styles had taken place, and the result was the inspiring "Temple of Epikourios Apollon".

Today the temple is protected by the elements under a tent like structure, which limits the damage done to this fine piece of work over the passing years. Visitors can still visit the site, and admire the dominating columns that stand so proud, and have stood the test of time over the centuries. 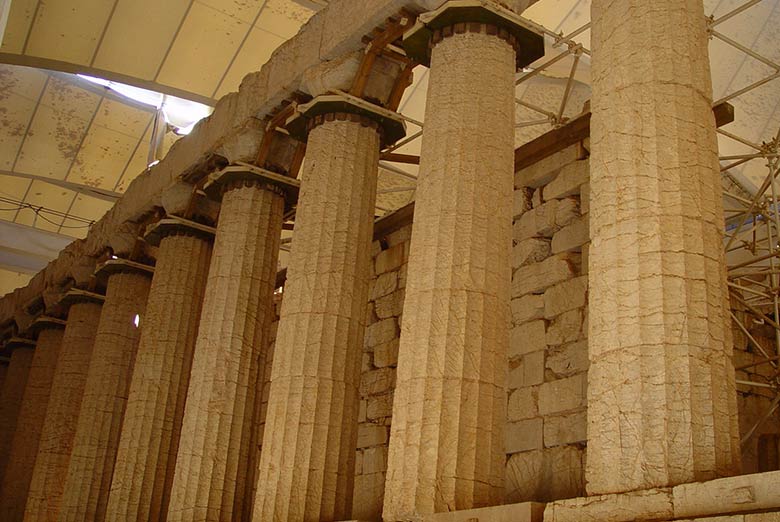 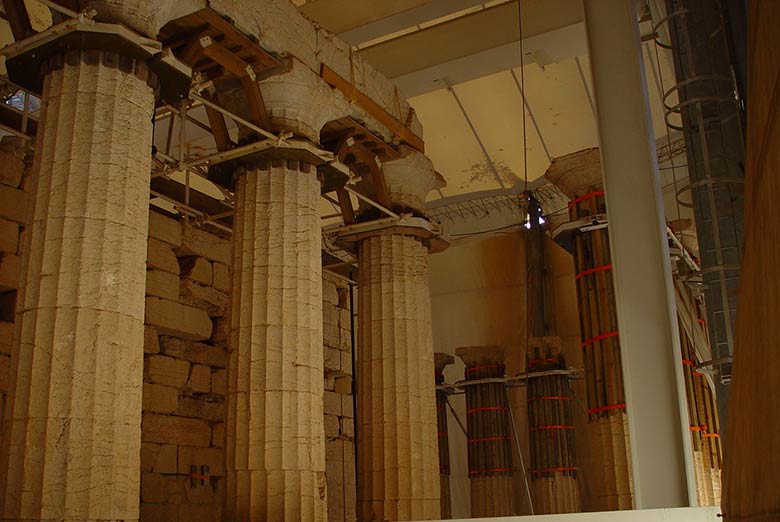 THE GORGE OF NEDA 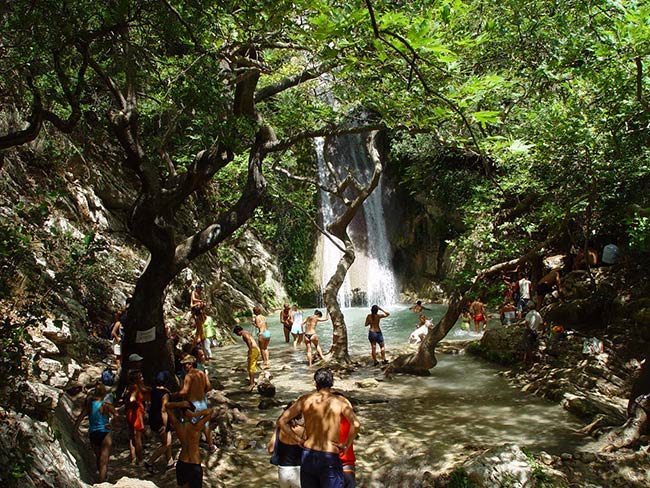 The famous "Gorge of Neda" is one of the most unique and stunning suprises you will find in Ilia. It is the perfect combination of the forces of nature working together in perfect harmony.

Set amongst a stunning forest filled with trees and plants, the Neda river that forms the gorge, passes by several natural water spas, which are extremely popular with visitors from both the rest of Greece and all over the world.

Passing across small bridges, the magical scenery of the gorge developes right in front of your eyes, and the greenish waters sparkle in the natural sunlight.

Taking a stroll around the gorge is the perfect way to spend a relaxing afternoon. During the summer months, the small lakes and pools of water offer a welcome cooling refreshment, and one can stand underneath the glorious waterfalls.

Along the picturesque scenery, you will come across a small quaint chapel, that date back many years, and which offer a fascinating insight into the history and natural beauty of the gorge. The gorge is a site that all visitors to Ilia should try and make, especially those who love nature, walking and scenery that is simply inspiring. 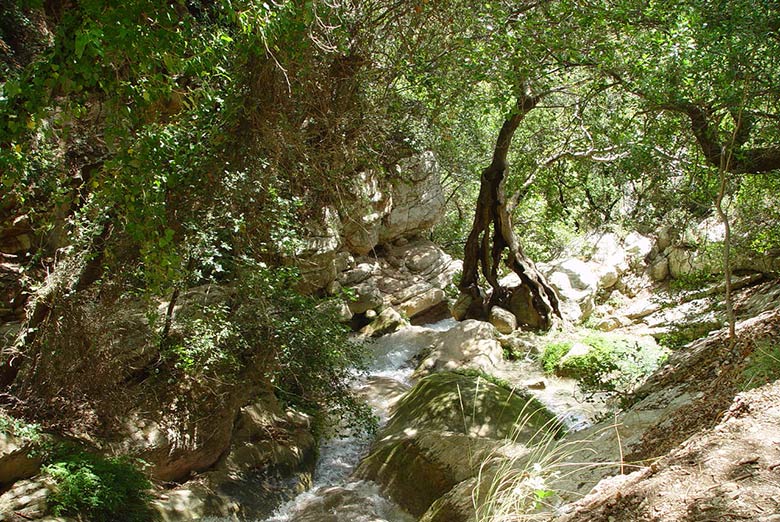 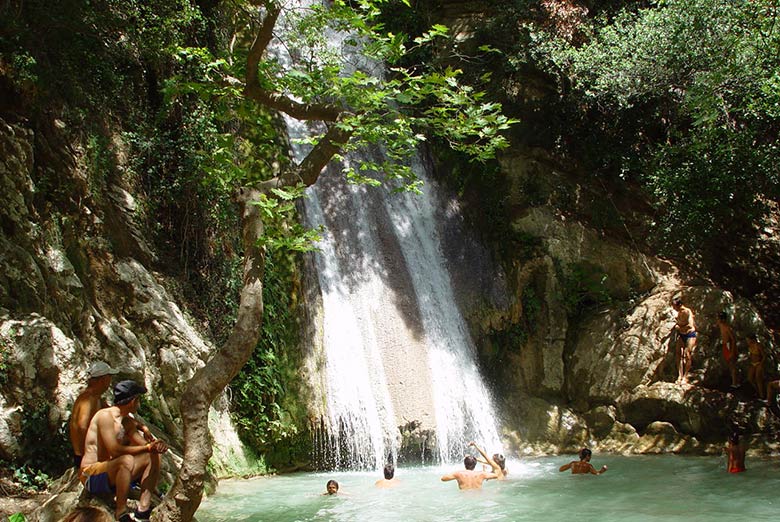 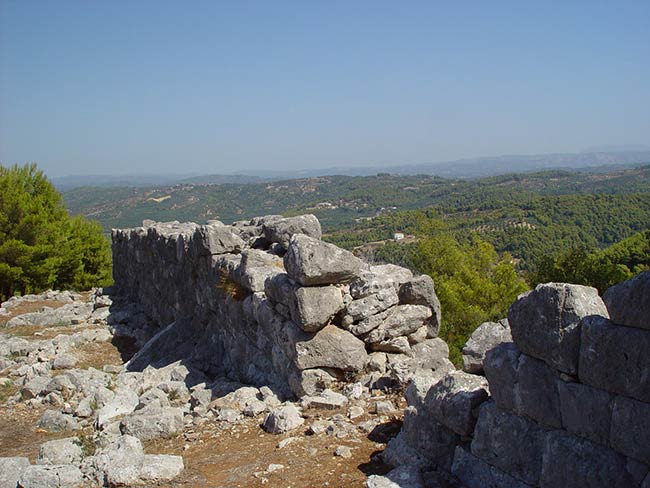 The ruins of the ancient Acropolis of Homerian, is situated on Mount Lapitha, which is above the Lake of Kaiafas.

Dating back centuries, these ruins are set in a location that offers panoramic views out towards the blue waters of the sea.

This ancient Acropolis was mentioned in the famous writings of Homer.

Visitors here can walk amongst the foundations, walls and ruins of the ancient acropolis, and enjoy the stunning scenery and tranquility that the area offers.

Access to the acopolis is done by driving to the lower part of the area, and then follow the path that will take you to the main site of the acropolis. 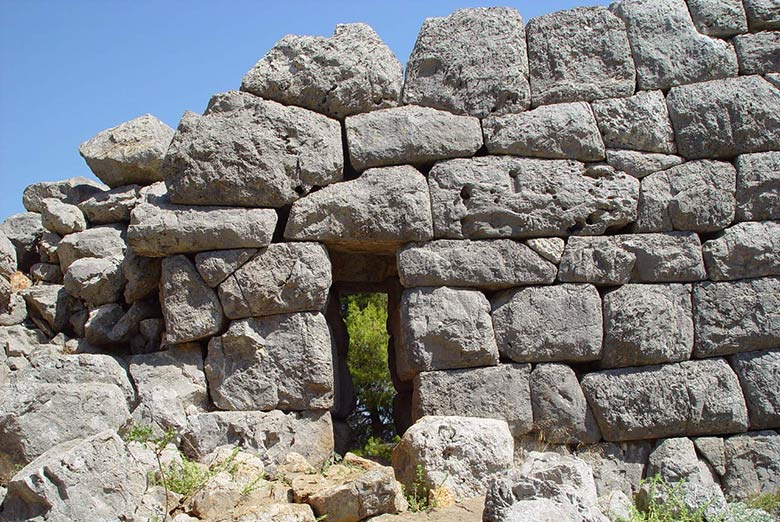